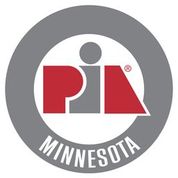 Minnesota lawmakers finished their agreed-upon tasks in a 21-hour special session that adjourned just prior to 7am Saturday, May 25th – just in time for the Memorial Day weekend. The marathon special session marked an end to a contentious year at the legislature – one in which divided government was apparent throughout the session. Democrat priorities heard in the House went unheard in the Senate and Republican priorities passing in the Senate did not receive hearings in the House, putting the brakes on the ambitions of either side. And, even though they reached an agreement on the $48 billion two-year budget, minority leaders and others that were not included in the deal-making expressed their disappointment in the process and the lack of promised transparency. But that’s what divided government does – creates some disappointment and saves some disappointment for both sides, while encouraging approval of the issues that are important to all and forcing compromise in the areas of disagreement.

While neither side got everything they wanted, Republicans touted their “wins” as defeating the 20-cent gas tax increase and other fee increases and gaining a .25% tax cut for the middle class. Wins for Democrats include increases in education funding and no sunset for the provider tax. Ultimately, the deal came down to the provider tax – something Republicans wanted to go away, but its absence would leave too big a hole in the budget to fund even automatic increases in spending – and something Democrats wanted to keep as funding for Governor Walz’s OneCare proposal in the future.

All in all, the 2019 session of the Minnesota Legislature proved to be insurance friendly. While there was not much pro-insurance legislation passed, the more important part is that there wasn’t any legislation passed that is detrimental to insurance…thanks to divided government. Here are some insurance “wins” this session:

HANDS-FREE CELL PHONE LAW PASSED   HF50, the hands-free cell phone bill had bipartisan support of 107-19 in the House and 48-12 in the Senate, and was signed by Governor Tim Walz to become effective August 1. Yes, there are already laws on the books that prohibit distracted driving, but law enforcement officials view this as a tool that they can use to enforce those laws. Without having to know or guess whether someone is texting or simply dialing a phone number, they can make the stop and address the issue with a ticket of $50 plus court fees for the first offense or $275 plus court fees for the second and later offenses.

Under the new law, you are prohibited from using a wireless communication device unless solely in a voice-activated or hands-free mode that allows the user to use voice or single-touch commands to initiate and participate in a call or compose, send or listen to electronic messages. The law does allow the hands-free use of your cell phone as a navigation device and to listen to audio -based content, as long as you don’t have to type or scroll while the vehicle is in traffic (which includes sitting at a stop light!) The law does not prohibit the use of systems permanently physically integrated into the vehicle, portable GPS units and two-way radios. Hand-held phone use is allowed to obtain emergency assistance, if there is an immediate threat to life and safety. The MN Department of Public Safety is planning a public awareness campaign. If you would like resources to use in your agency to educate about the new law, click HERE for a Hands-Free FAQ.

BOAT LIABILITY BILL DEFEATED   Even though the House passed HF 476, the bill to prohibit the use of family exclusions in boat liability and umbrella  policies, the bill never received a hearing in the Senate, thanks to Commerce Committee Chair Senator Gary Dahms, a former American Family agent from Redwood Falls, MN. Proponents of the bill, which titles itself “The Family Protection Act,” asserted that family exclusions are against public policy and penalize those related by blood or marriage by not protecting them in the event of an injury. Opponents of the bill pointed out that family exclusions are part of policies to prevent fraud and collusion and prohibit someone from essentially suing themselves to collect from the same policy that provides them protection against such.

The bill that passed the House would actually void all boat and liability policies that contained a family exclusion the day after the bill was signed by the Governor: “Subd. 2. A boat insurance policy or personal umbrella policy must not contain a prohibited exclusion. A policy subject to this section containing a definition of an insured that excludes a resident or member of the insured’s household or is related to the insured by blood or marriage is against public policy and is void.”  Two Republicans joined the majority of House Democrats to pass the bill 70-54 without making any attempt to correct the flaw. While there was some concern that the language might be offered as an amendment on the Senate floor, that did not happen. Thank you to everyone that contacted their Representative and Senator to help educate and defeat this proposal.

CONTINUATION OF HEALTH REINSURANCE   This year’s budget agreement includes a two-year extension of the Minnesota Premium Security Plan – a initiative of the Agent’s Coalition for Healthcare Reform and PIA. (We had actually pushed for a three-year extension as allowed by the existing federal waiver) The successful health insurance reinsurance program originally passed in 2017 as a measure to reign-in the double-digit premium increases experienced by the individual market and quickly became a model for states across the country to bring insurance markets back from the brink of collapse. Without an extension of the Premium Security Plan, insurers projected a 54% average increase in premiums for the individual market in 2020. Even MNsure this week, credited the reinsurance program for helping reduce future rates. This was a win, because the House did not even hear the reinsurance bill passed by the Senate.

While the reinsurance program provided stop-gap coverage to help health insurers cover the unhealthiest individuals and keep premiums down for the rest, House Democrats instead preferred to utilize a 20% invoice credit for insurance purchased through MNsure by those that are over 400% of the federal poverty level. While this tactic still has the state paying subsidy money directly to insurers (which was a primary argument against the reinsurance program) it would also drive more people to MNsure, which is funded by the additional 3.5% assessment on each policy sold and serve as a bridge until the Walz administration’s proposed One Care Buy-in Program could be implemented. The reinsurance program will instead help reduce premiums for all in the individual market without having to drive more people to MNsure.

DEFEAT (OR DELAY) OF ONE-CARE BUY-IN   Like all of the other Medicare-for-all proposals across the country, Governor Walz’s OneCare Buy-in plan is void of details of how it will be paid for. This was a major reason why Democrats wanted to preserve the provider tax and also part of the reason why Republicans wanted it to sunset by Jan 1, 2020, according to the agreement reached during the 2011 shutdown due to an infusion of federal money under the Affordable Care Act made no longer necessary. The 2 percent assessment on licensed health care professionals, including physicians, dentists, nurses and physical therapists was started 27 years ago to fund the Healthcare Access Fund to help cover health care costs for those who earn too much to qualify for Medical Assistance, but not enough to buy health insurance and are covered by MinnesotaCare.

According to what we DO know, OneCare does not appear to be good for health care providers as it would use Medicare reimbursement rates compared to commercial health insurance that currently pays about 187% of Medicare reimbursement rates. OneCare would also be exempt from the premium withholding required of all other insurance sold through MNsure and would require taxpayer contributions of $112 million for capital reserves, which private plans must build into their rates. The unfair advantages created for the government program would ultimately threaten private insurance options in the individual market and eventually the small group market.

WAIVERS OF LIABILITY   HF 519 / SF 262 sought to undo a legislative compromise reached in 2013 that basically codified the current case law in the area of liability waivers and instead prohibit them. If you have ever gone downhill skiing or rented a boat or participated in a marathon, walk or cycling event, you most likely signed a liability waiver. Many fun activities or organized events use liability waivers to shield the business or organization from being sued for acts of ‘ordinary negligence’. (Waivers for acts of ‘greater than ordinary negligence’ are still prohibited.) Oftentimes, waivers are required as a condition of their insurance contract. If liability waivers were prohibited, many of these businesses and organizations would have more difficulty obtaining insurance and could be faced with lawsuits over minor issues. This trial lawyer’s initiative was squelched by the Minnesota Recreation and Community Service Coalition, a large diverse coalition of businesses and organizations, from ski areas to bicycle and motorcycle groups to Lifetime Fitness and Brainerd International Raceway, that joined the insurance industry to help voice opposition to these bills.

NO MORE MNLARS   Bipartisan legislation passed earlier in the session created a blue-ribbon commission to study the plagued MNLARS system and their recommendation was to scrap the MN License and Registry System and replace it with an off-the-shelf private market solution to be rolled out in about 18 months. While the system is yet to be determined, it will likely be one that has seen successful use in other states.

Problems started when the $100 million MNLARS system suffered a botched rollout in 2017 and was the subject of legislative scrutiny even before that. Legislators expressed concern on numerous occasions as more funds were requested ultimately prompting a Legislative Auditor’s review with a REPORT released in February. The report outlined the issues, problems and failures of the troubled system, concluding that the Department of Public Safety (DPS) and the Office of MN Information Technology (MNIT) share responsibility for the system’s unsatisfactory release. In March, Governor Walz and legislators authorized another $13 million for more short-term fixes.

While the latest blue ribbon commission REPORT found that the MNLARS system is actually “sound” and can perform basic functions, it suggested that it would not be able to take on additional tasks and handle technological advances in the future. The independent review recommends that Minnesota cut its losses and instead spend another $86 million to purchase an existing packaged software ($60.5 million to implement and $25.2 million to operate for the first two years) that will be able to satisfy our needs. The two-year budget includes $55 million for the project on top of $13 million for deputy registrars who lost money working through MNLARS problems. When I went to the local deputy registrar to renew some license tabs, I asked whether they were happy to see the MNLARS system go – you should have seen her smile!

2020 LEGISLATIVE SESSION   Although both sides had to give up some things to create the end-of-session compromise, all of the adverse issues are not dead. We expect to see many of them return next session. Lawmakers are scheduled to return to the Capitol at noon on February 11, 2020.